Created by Ross Annels and Kari in collaboration, from an initial sketchy idea by Kari, Shemple is an ongoing project.
Each manifestation of Shemple invites the landscape and the community to be active participants in the outcome.

For Floating Land in 2015, Ross and Kari placed Shemple in the lake. Reflections of sky on water became a major player in the piece. Two films were made, one a dawn ritual, the other a game with the collaboration of local band, The Unusual Suspects. Persuading a bunch of musicians to turn up pre dawn for a film shoot, in the lake  was the biggest task of the project!

The term was first coined by walking pilgrim and writer Maya Ward.  Kari loved the concept.
Shed + temple = a small sacred space for contemplation and making ritual with underpinnings of the humble yet iconic Australian shed.
Shemple is, at first glance, a wooden frame like structure, and a series of ritual objects. A series of diminishing frames, a skeletal building structure utilising perspective to create the illusion of a larger structure, it is a place of contemplation.
It is an invitation to create celebratory or contemplative ritual within this space.
Shemple is designed to be temporarily placed in locality, both framing it and inviting the local environment into the design. It is space for people to interact with, on a creative and contemplative level.
Local community are invited and supported to create a short ritual piece, exploring emotive concepts in celebratory ritual.
Each time Shemple is mounted, a short film will be produced. Over time these films will become a growing document of people and place; a series of tributes to and partnership with local landscape, local people, ritual and art. 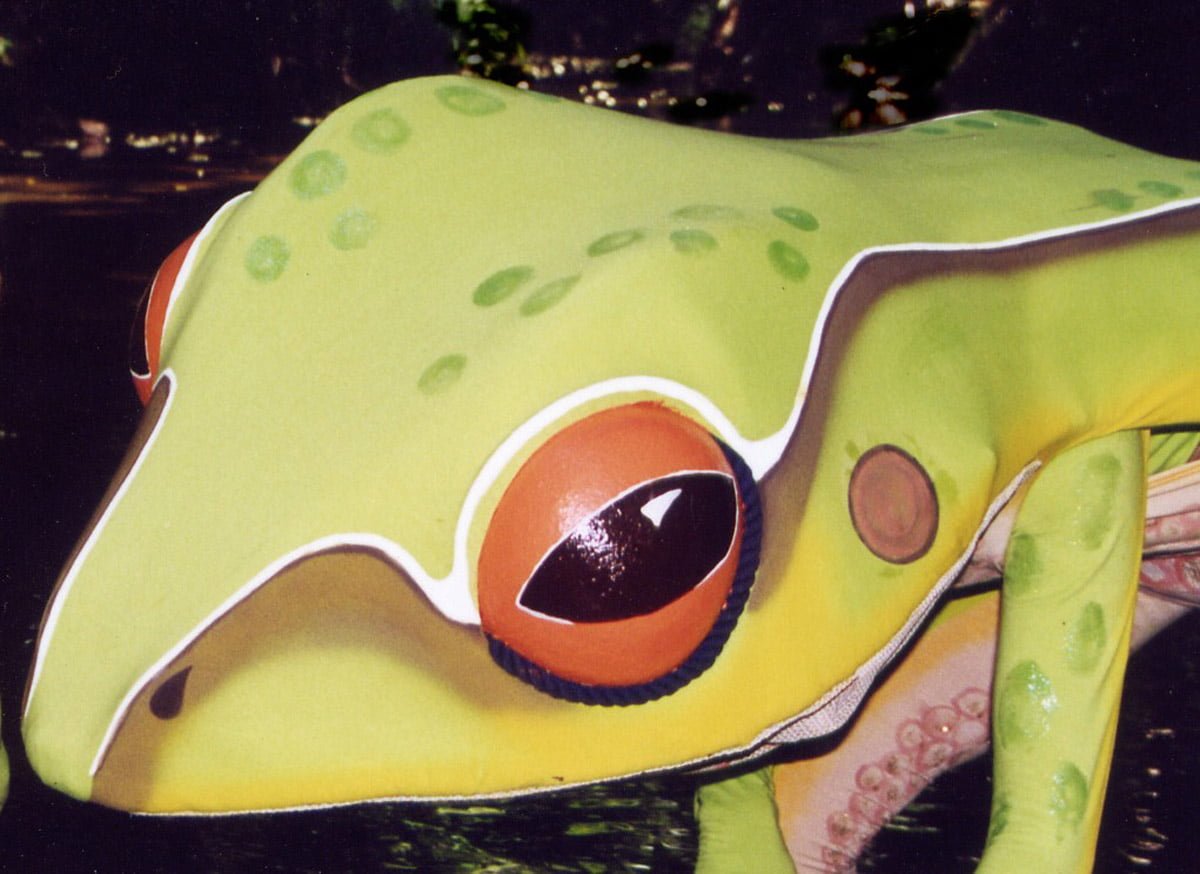 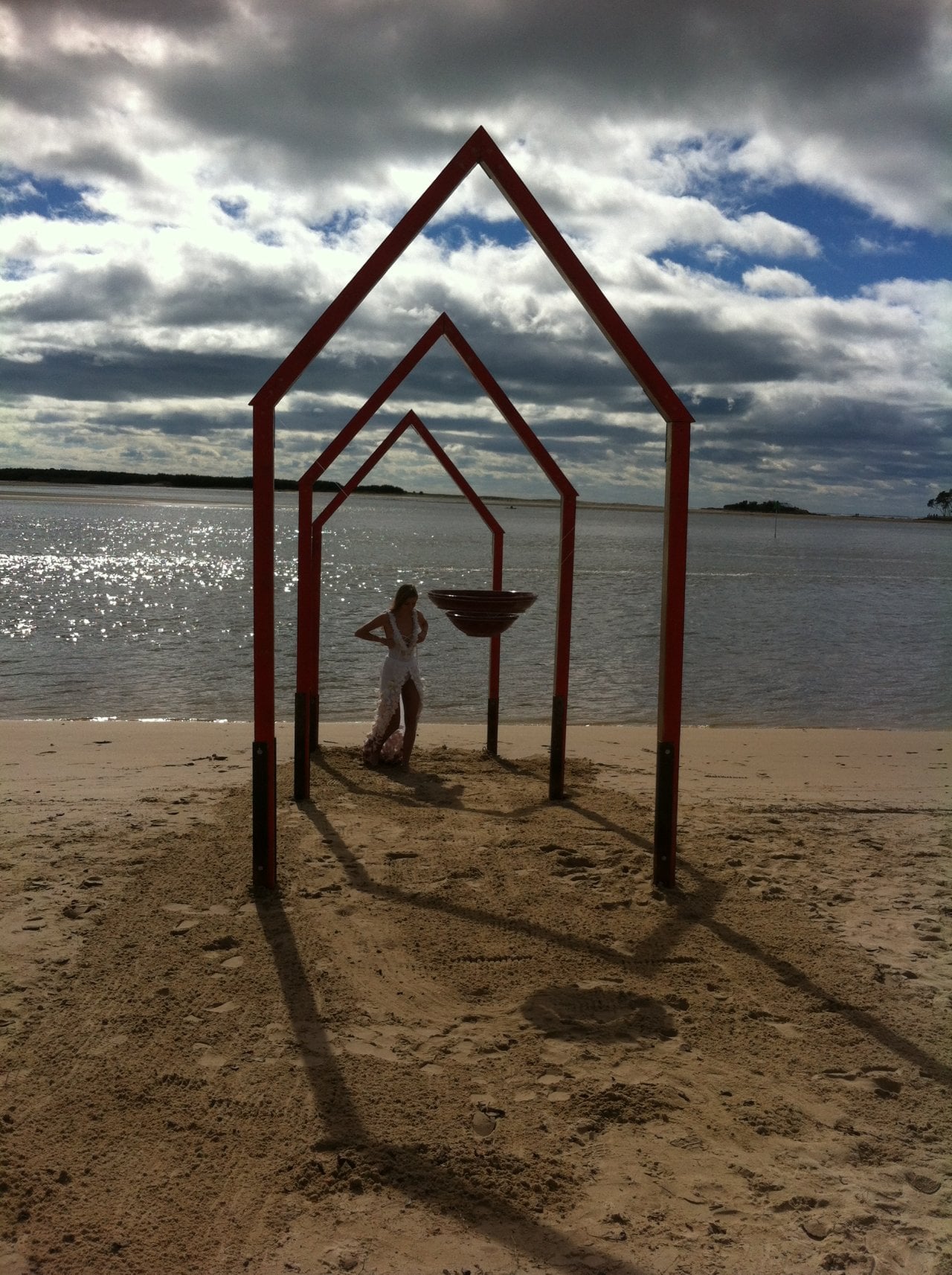 Shemple .. at Cotton Tree
Shemple
Shemple = shed + temple = a small sacred space for contemplation and making ritual with underpinnings of the humble yet iconic Australian shed. 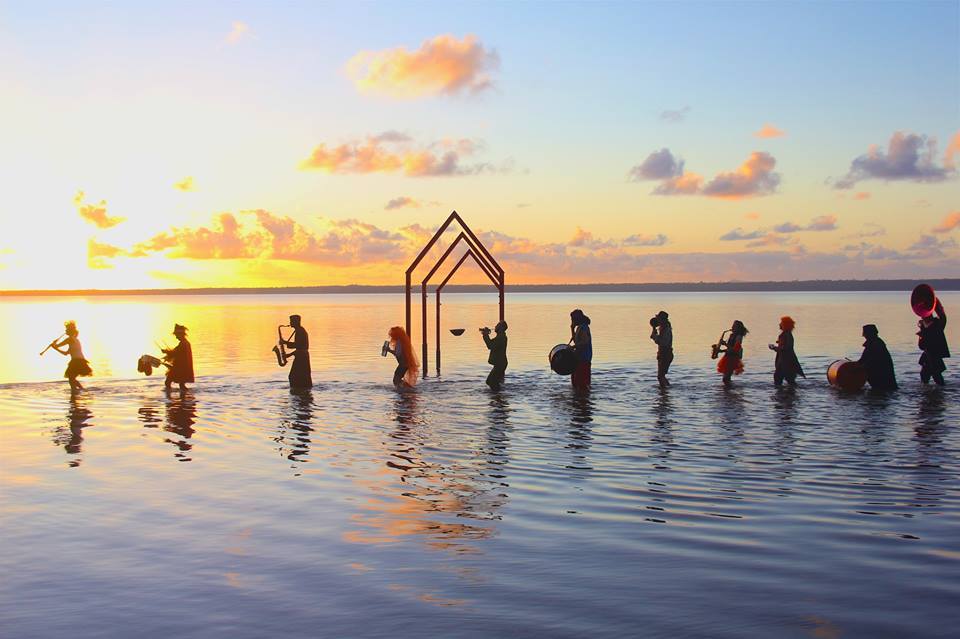 Shemple .. and The Unusual Suspects
Shemple
Shemple = shed + temple = a small sacred space for contemplation and making ritual with underpinnings of the humble yet iconic Australian shed.
Copyright 2021 © Gallery Kari | Build with CONNECT - All Rights Reserved
Back To Top